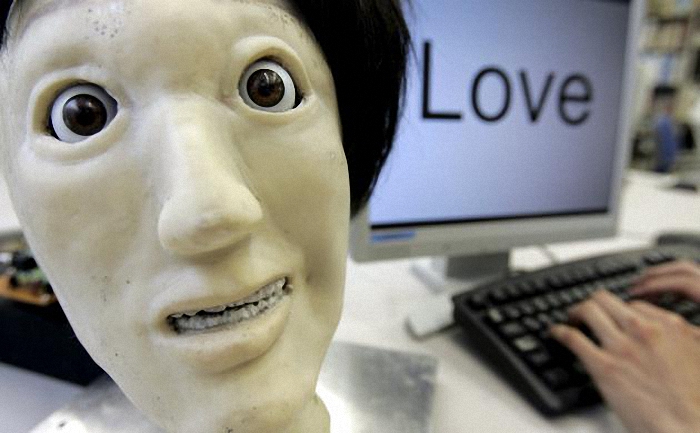 A humanoid robot named Kansei, meaning «sensibility» in Japanese, makes a facial expression depicting «happiness», next to the word «Love» during a demonstration at a laboratory of Meiji University’s Robot and Science Institute in Kawasaki, south of Tokyo in this June 4, 2007 file photo. Three-fourths of robot installations over the next decade are expected to be concentrated in four areas: transportation equipment, including the automotive sector; computer and electronic products; electrical equipment and machinery. Labor costs have climbed in countries such as China that have been popular for outsourcing production, while technological advances for robots allow them to be more flexible and perform more tasks. REUTERS/Yuriko Nakao/Files

ATTENTION EDITORS — THIS PICTURE IS PART OF THE PACKAGE «RISE OF THE MACHINES». TO FIND ALL 20 IMAGES SEARCH ‘TECHNOLOGY ROBOTS’.